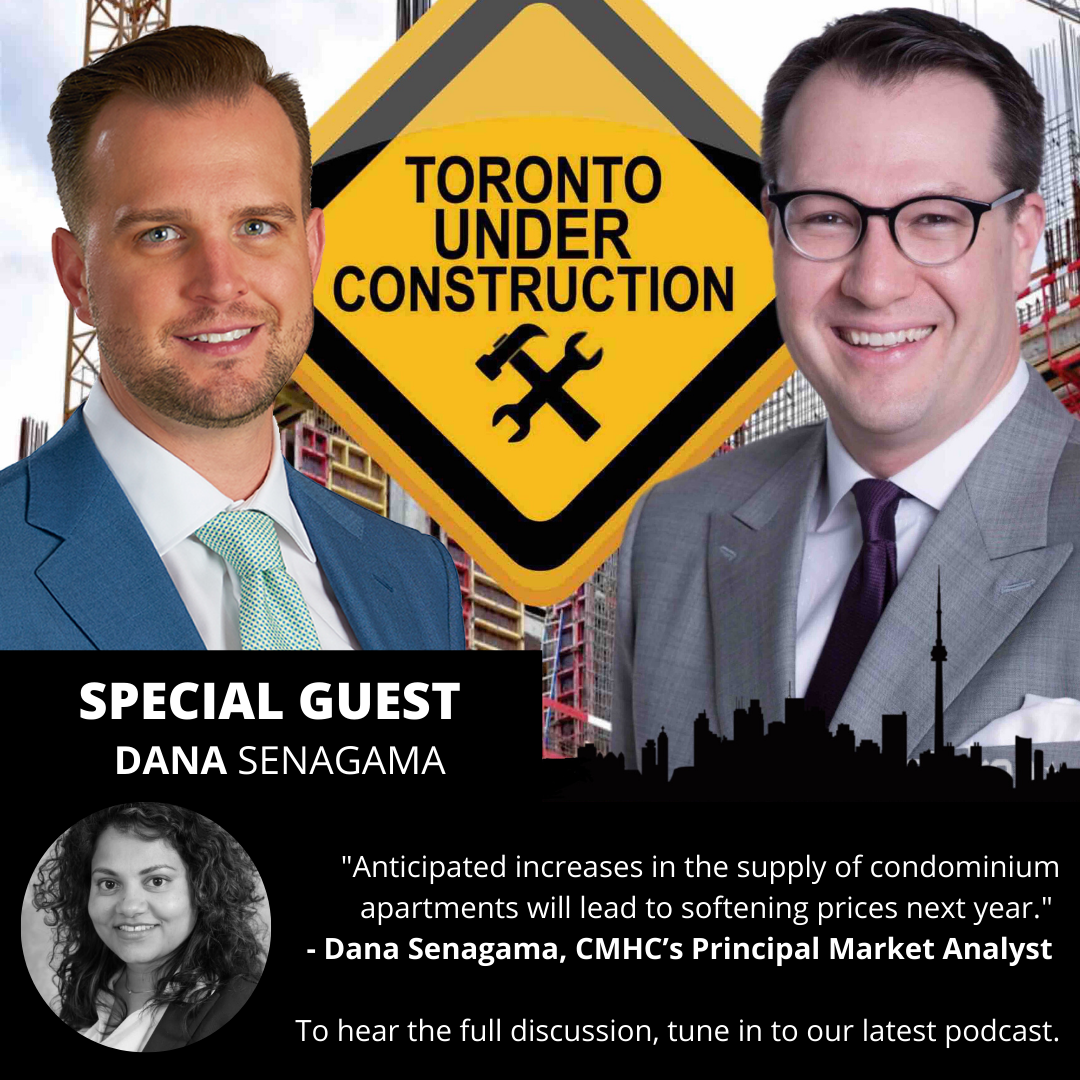 On this episode of Toronto Under Construction we welcome Dana Senagama. Dana is CMHC’s Principal Market Analyst responsible for the Greater Toronto Area.  Prior to joining CMHC, Dana worked at the International Monetary Fund and the Corporate Head Office of the Hudson’s Bay Company.  Dana has a MA in economics from the University of Sussex and a BA Honours in economics from the University of Kent in the United Kingdom. Dana joins the podcast to discuss CMHC’s Housing Market Outlook, a special Summer 2020 report that focuses on Canada’s major real estate markets and how they’ve been (and will be) affected by COVID-19.

After a successful career in London (and growing up in Africa), Dana moved to the GTA, so she has some experience in dense urban areas. We kick off this episode discussing the difference between London and Toronto and how the markets differ. “The biggest distinction is that, when you live in Europe, renting is pretty much the norm. But buying… you don’t really aspire to it. In Canada, it’s the next step, you graduate, you get a job and you buy a house. That wasn’t so much the plan when you live in a city like London. I think it’s because of the costs involved” says Dana.

As the Principal Market Analyst for CMHC (Canada’s Mortgage and Housing Corporation), Dana jumps into to sharing more about her role, and what she’s in charge of in terms of Ontario’s housing market, with a specific look at the GTA.

CMHC just released their 2020 Special Edition Housing Outlook to build on its provincial market outlook published on May 27, which also forecasts that the market will feel the effects of COVID until 2022. Ben and Steve dive into the report and ask Dana to share and expand on her predictions on the market. Some of the highlights we discuss are:

During our last episode, Barbara Lawlor reflected on CMHC’s report and mentioned she doesn’t agree with their position as “supply has dwindled, and demand has not been met.” You can listen to that episode here.

Ben segues into talking about the “2017 Bubble” and asks Dana about her 2017 forecasts and the intended consequences of the government regulations put in place. We also discuss CMHC’s changes to their mortgage insurance policy and how they are safeguarding Canadian’s entering homeownership.

Lastly we touch on being a female economist in the real estate industry, student housing and a program that Dana was involved with at York University, and CMHC’s vision of Housing For All by 2030.

Episode 10 is another loaded episode! Thank you to Dana Senagama for sharing your insights into the market and what’s to come for Toronto! Tune in to Episode 10, you don’t want to miss it!