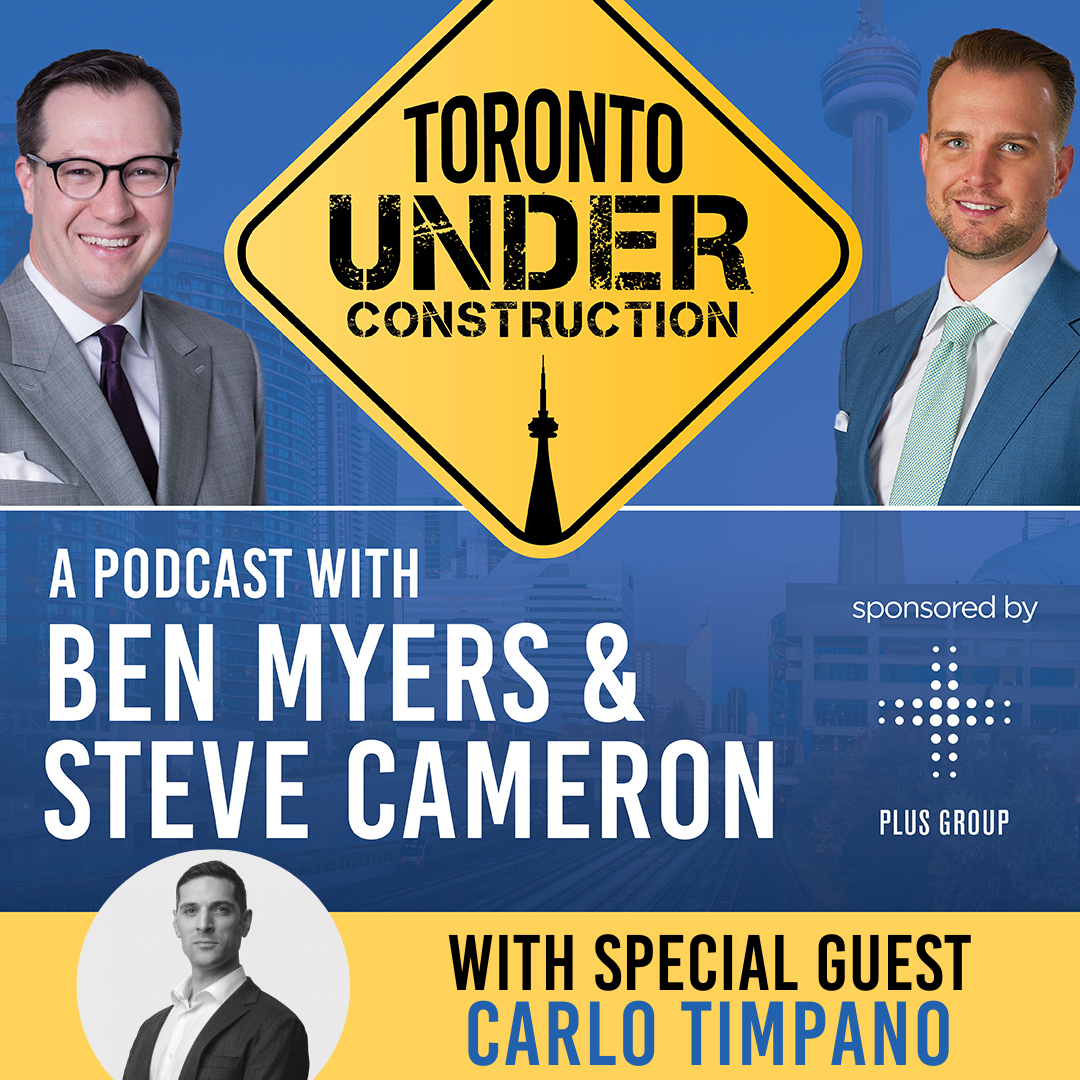 The Toronto Under Construction podcast is excited to welcome Carlo Timpano, President at Capital Developments to this episode of the #TUCPodcast. We start this episode learning more about Carlo and how he got started in the real estate development industry. Carlo shares details of his time at Oxford Properties and consulting at the Boston Consulting Group. We learn that he grew up in Pemberton, Ontario, attended Queens University, and spent time in Singapore and Hong Kong. Carlo is an avid traveller, amateur astronomer, father, and a horror movie enthusiast.

As Carlo walks us down memory lane, he tells us about his time living abroad, and discusses how he ultimately found himself in Toronto working at Oxford Properties, and then Capital Developments, where he had the opportunity to work in residential development.

Carlo explains his role at Capital Developments sharing that he runs the day-to-day operations of the business, while the owners’ Todd and Jordan focus on the big picture, like raising capital. Ben, Steve and Carlo jump right in and discuss the micro-trends in the economy, housing market and politics. Carlo goes on to explain his standpoint and his beliefs as it relates to interest rates, inflation and how it will impact development. He lists three things that are playing a role in the current landscape, especially in Toronto.

Strategically, Carlo says, these factors are calling into question the types of projects developers are taking on. The conversation progresses to discuss some of Capital Development projects, specifically those located around Yonge and Bloor. Number of storeys, density, permitting, complications, strategic decisions, parking ratio, cost per square foot and consumer feedback (and BlogTO!) were all highlighted and discussed in depth.

Carlo also mentions something that the guys agree should be garnering a lot more attention; “the City of Toronto is placing all the needs to expand capacity, and deal with infrastructure challenges on new homeowners instead of raising property taxes to spread the burden of City building to all of the people who benefit from the City.” This will result in continual escalation in home prices, regardless of interest rates.

Ben, Steve, and Carlo switch gears and look at the City of Toronto from a Global lens. Drawing on Carlo’s travel experience, he is prompted to speak about Toronto as a global city. Carlo says there are more than a handful of things that make Toronto incredible: population, education, economy, and diversity. But what’s missing? Carlo says: an active and more accessible waterfront. The guys discuss how to make the waterfront more vibrant and Carlo shares some excellent ideas. They also note that the city is incredibly low in density and the impact that has on classifying Toronto as a top tier global city. The conversation shifts to politics, with the Provincial and Municipal election top of mind.

Next up, the guys discuss affordable housing, the timeline to bring it to fruition and finally what is reasonable and appropriate; the municipality’s perspective is quite different from the perspective of the developers who are responsible for delivering the end product and taking on the financial burden. Carlo says there needs to be a shift in developers’ messaging or rather, the understanding of people within communities. Often people believe that developers are going to come in to ‘ruin their communities’, when really, developers are “putting up towers to bring people, to support the community and it’s unbelievable programming, which is going to continue to elevate Toronto and make it one of the most desirable places to live in the world.”. As the guys wrap up the episode it’s clear that Carlo has a lot of great ideas and perspectives to help with the major issues the development industry faces in Toronto.

Lastly, and as always, the guys end the episode with their famous rapid fire question and answer period, asking Carlo questions like: “If you were Elon Musk, would you buy Twitter?”, “Do you have a favourite architect?”, “Which movie marathon would you rather watch: Chucky or Saw?”, “Which common amenity do you prefer?” and finally, “Does Toronto need a Casino?”.

Want to know more? Tune in to our latest episode to find out!

If you’re looking to get in touch with Carlo please visit www.capitaldevelopments.com