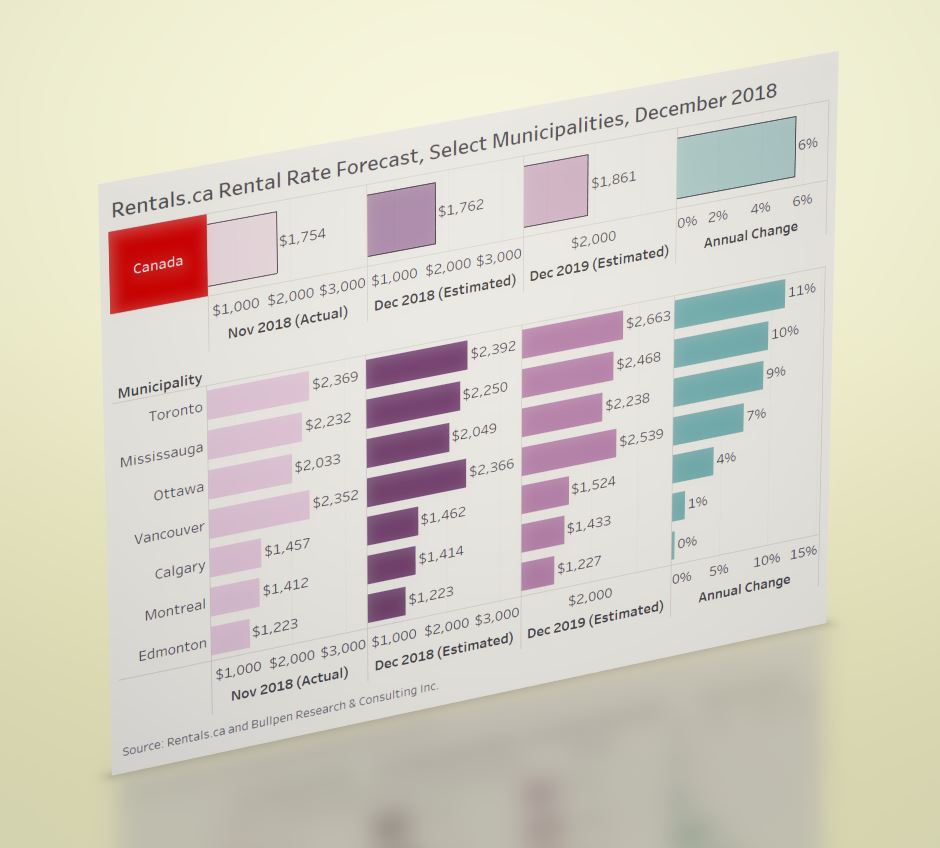 TORONTO, December 17, 2018 – Average rents across Canada will increase 6 per cent in 2019 and by as much as 11 per cent in Toronto, 9 per cent in Ottawa and 7 per cent in Vancouver, according to the National Rent Report, released by Rentals.ca.

Industry analyst Ben Myers, president of Bullpen Research & Consulting Inc. said the average Canadian rental property on Rentals.ca was listed at $1,754 per month in November 2018, a decrease of 4.4 per cent month-over-month. “The dip is not uncommon because fewer people move during the winter months,” he said. 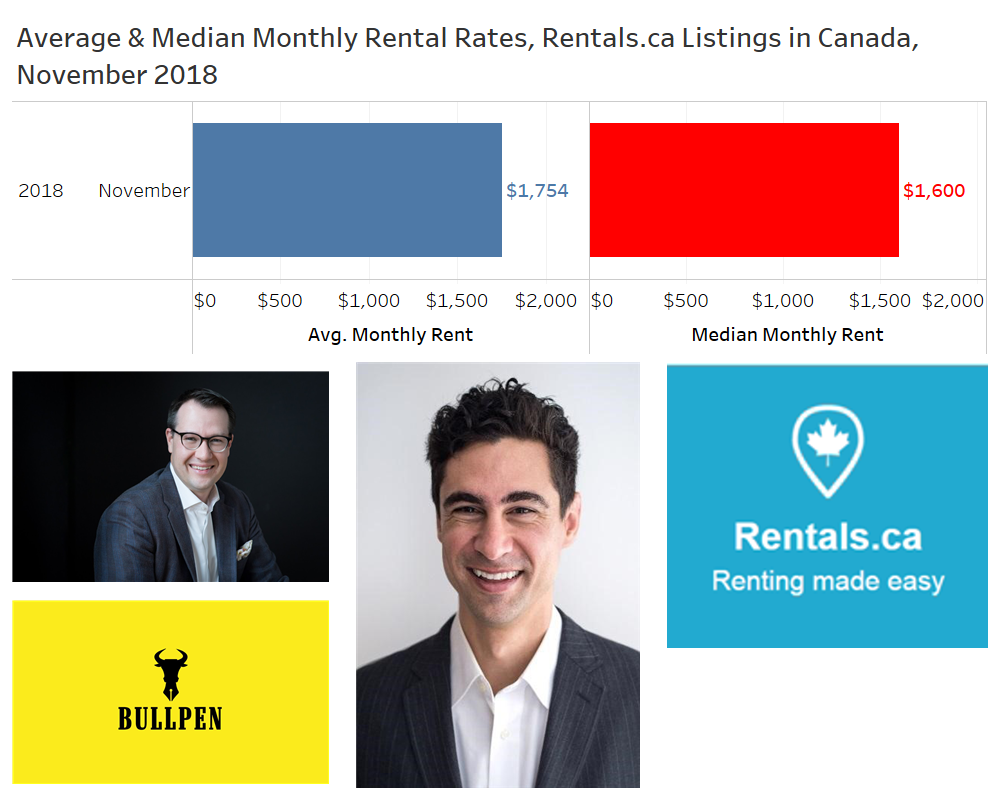 “Toronto rents have been pulled up by recently completed high-design condo apartments for lease,” said Matt Danison, CEO of Rentals.ca. “Landlords can rent their inventory for significantly more than older rental apartments.”

“A surge in demand has also added to increasing rents,” Myers said.

“The new mortgage stress test, higher interest rates and home prices have dramatically increased the number of people looking for rental accommodation this year,” Danison added. “Many young couples and families have decided to postpone purchasing a home, which has driven two-bedroom rental rates to nearly $2,600 a month in Toronto and over $2,000 a month in Ottawa.”

“There is trepidation among potential homebuyers following the bubble-like conditions and the subsequent price correction in the GTA housing market last year” Myers added. “Many Torontonians are choosing to lease instead of buy, with existing tenants staying put to avoid paying the higher market-rate for an available unit. This phenomenon has reduced rental listings in this high-demand environment.”

Danison said, “With near record-high immigration in Canada and record-low unemployment, demand for housing is high, but flat or declining resale house prices due to current and expected future credit tightening has deterred many would-be first-time buyers from entering the ownership market. That demand overflow is being felt in the rental market, where very few Canadian markets are offsetting demand with new rental supply.”

Several Greater Toronto Area (GTA) municipalities are among the most expensive rental markets in Canada, with Oakville and Vaughan the highest among the suburban markets, and the former municipalities of Etobicoke, North York and East York tops among the ‘416’ area with rental rates rivalling Vancouver.

Rentals.ca data shows the average market rental rates are 40 per cent to 60 per cent higher than CMHC figures, part of which can be explained by rent control preventing landlords from charging the actual market rate for a unit.

Expanded rent control in April 2017 is partially responsible for the low turnover rate in the Toronto area, which has lowered rental supply and pushed rents up 10 per cent to 15 per cent annually in some buildings in 2018.

can be arranged by contacting: