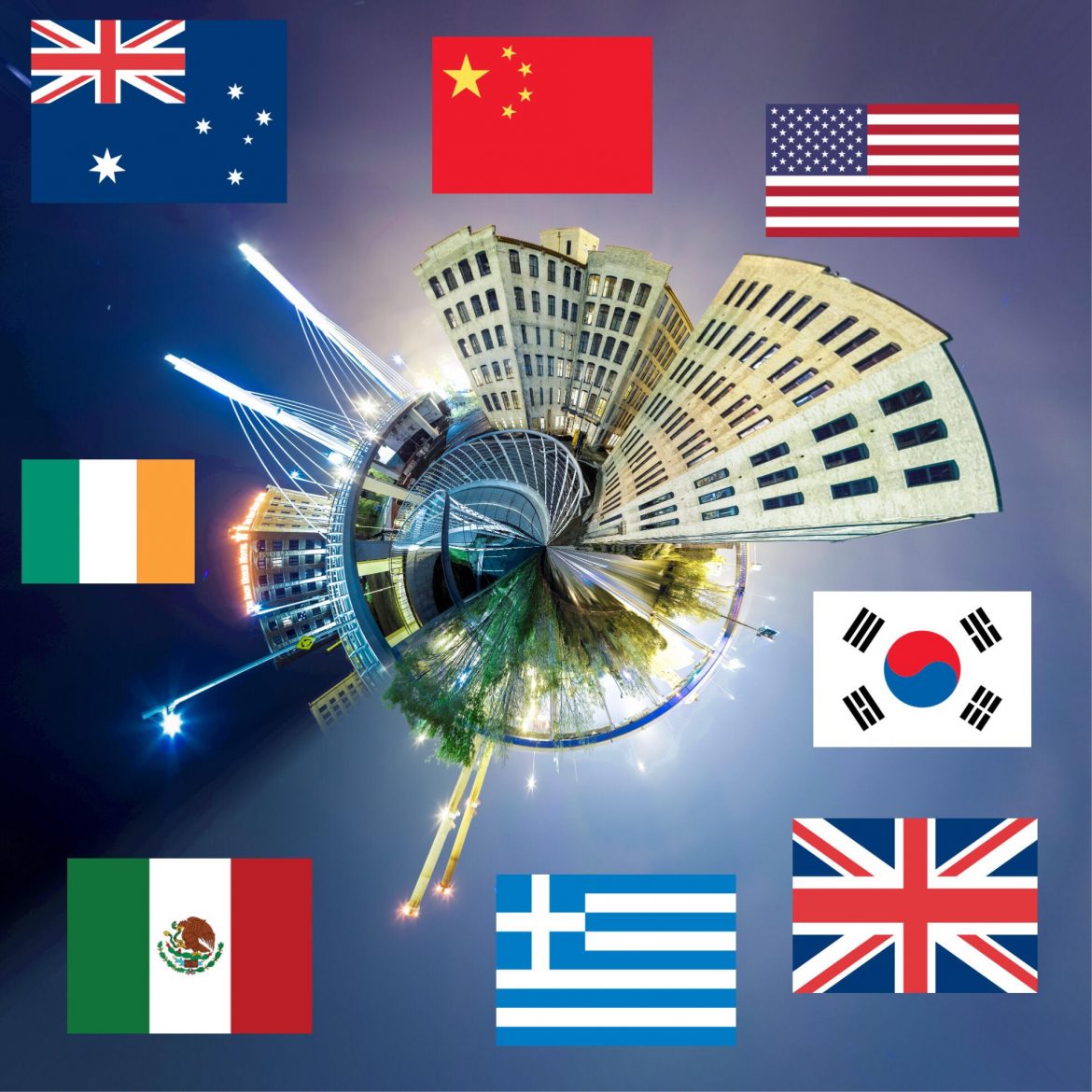 Raise your hand if you’re tired of the foreign buyer debate.

It’s the topic that just won’t die, and a Globe and Mail article out this week highlighted the average values of transactions by domestic and foreign buyers, and, cue the outrage. Every time data is released, each side of the debate splices the numbers in a way to “prove” they are correct about the impact of non-residents on house prices.

Before I dive into the numbers, I’ll say what I’ve said on Twitter and in articles before, foreign buyers (or in this case “non-residents”) have contributed to house price growth in Toronto. Even small amounts of additional demand in the face of tight supply leads to price increases. That said, I just don’t think it is as bad as folks make it out to be. I do find it amusing that people look at foreign buyer data for the four months after the announcement of the Fair Housing Plan (when average prices in the GTA dropped $100,000) and claim foreign buyers are driving up prices!

To start off, it is my understanding that the Ontario Government data released in the Globe article is for closed deals, not when the agreement was signed, so the figures don’t align with the Toronto Real Estate Board findings or data from the other boards. So the numbers used in the Globe article likely represent a blend of units sold prior to the enactment of the non-resident speculators tax (i.e. during the market bubble), and some after that period. So not ideal, but its what we have to work with.

Ignoring that misalignment, let’s just throw some numbers into excel and see what happens. It was reported that non-residents paid approximately $978,000 on average for the homes they bought in the four months after the Fair Housing Plan announcement (I’ll use GTA sales in May, June, July and August, even though these average prices are from the Greater Golden Horseshoe overall) to represent that time period. Domestic purchasers bought homes priced at about $659,000 on average during that same period. Next I looked at the impact on overall average prices based on different levels of non-resident buyers (I use foreign and domestic in the chart). 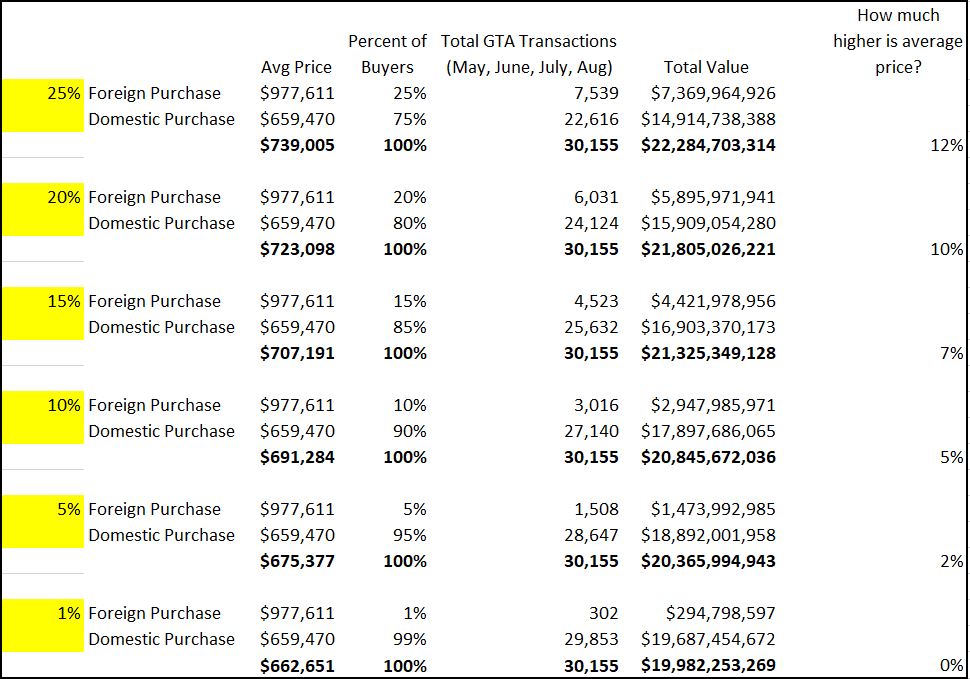 So if non-residents bought 25% of the 30,000 transactions that occurred from May to August, and domestic buyers bought 75%, the combined overall average price would be just over $739,000, or 12% higher than that baseline domestic price. That’s certainly significant, however, estimates of the share of non-resident homebuyers is closer to 5%: so with resident buyers capturing 95% of transactions, the combined overall average price is just over $675,000, or just 2% higher than the baseline.

With that said, there are a lot of other factors to consider, a couple of which were mentioned in the article. I’ve referred to one of them as “diffusion by quality tier” which essentially means that foreign buyers are crowding out locals, pushing them farther down the property ladder, increasing demand and prices of lower quality housing. So the baseline domestic price is higher than it would be without non-resident demand, so $659,000 is not really the baseline domestic house price in the GTA.

The factor that wasn’t discussed in the article (and should be ridiculously obvious, but apparently isn’t) is the fact that the homes bought by foreign buyers would NOT have sold for the same overall average price as the domestic homes, there is likely a major compositional problem here. We have a good sense anecdotally that many foreign buyers like to buy large single-family dwellings, especially in York Region. The prices paid by non-resident buyers is higher because they bought better houses! We don’t know what these homes would have sold for had a domestic (Canadian resident) buyer purchased them. From every Realtor I talked to that operates in the Richmond Hill, Markham, and Aurora area, there were multiple bids on most homes sold in February and March, some with as many as 20 offers. Were there two or three non-residents among those 20 offering $50,000 over the next closest offer, $100,000 more? Or were they simply offering all cash deals with no conditions?

Let’s make some major assumptions, non-resident buyers were paying $50,000 more than the next highest domestic buyer on average or approximately $925,000 for those homes (they got bad advice from their Realtor and way overbid). The diffusion by quality tier resulted in prices being $30,000 more for domestic buyers or $630,000 (this is the big assumption here, many chose not to buy at all, while others chose to buy well outside the GTA & and have an immeasurable impact in this calculation). When we run those figures, you end up prices about 4.5% to 4.8% lower without the presence of foreign buyers. At the 5% non-resident ownership level, the overall market average is $645,000 and not $675,000 as shown in the chart above.

So using these rough calculations and assumptions, I would estimate that non-resident buyers have caused prices to be 2% to 5% higher than they would have been otherwise based on those four months of data. Is that too much?